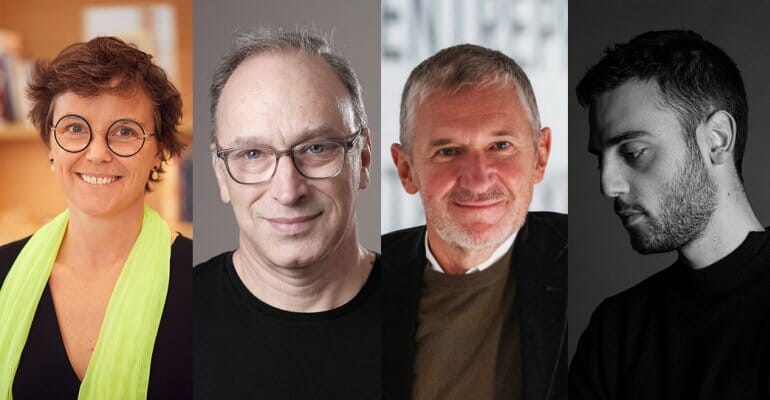 « In Europe, Design is one of our common goods.
For the French designers, Germany is our father with Bauhaus and Ulm, italia is our mother from Italian renaissance to Italian design Theorists of the seventies, England is our strange and pragmatic uncle with William Morris and Jony Ive. North of Europe is our teacher in craftsmanship.

The Bauhaus is a school of the energy industrial revolution but henceforth the result of its works is something bigger .
This movement and their satellite created the aesthetic of the XXth century.

Italian Architect Denis Santiachiara in the Salon des Artistes decorateurs 1988 in Paris reminded us than the Italian renaissance show us how nature is beautiful and a source of inspiration .

We are living now a new industrial revolution with the ultra connected world.
However, digital technology revolution has never led aesthetic reflections as the bauhaus has done.

But we are however living a deep changement of paradigm beyond just a sipple socio-technic revolution. A major age of change to care and repare about the environment , the climate. – Not what is around us, but what what we live in, of which we are a part.

To day, The Nature doesn’t exist anymore. We have been changing nature over time, like the dutch did in Holland.

Design is between people, science and society but also totally immersed in the middle of environment.

In this new Human Nature, we must invent the symbiosis between Human kind, nature and techno… to show how it could be beautiful, right and good. To propose a Qualitative growth like designer jean marie Massaud Talk about in the exhibition Designer(s) du Design.

For that, I really think a new Bauhaus would be about create the representation and forms of those new symbiosis.
For that, Its goal must be transdiciplinarity, far and beyond specialities to deal with the unknown.

For to do right with less, « with and against technology » like Nagy Mohalogy said. »