Exhibition on electronic music in the EDF foundation
The ElectroSound exhibition follows the line of a story that saw electricity, electronics, and computer science contributing to the musical field until they gave birth to a major cultural movement, which is now called "electro". Music is a precursor. It is a laboratory for social, artistic, and technological innovation. It has always maintained early and founding relationships with the technologies of the time, whether it was the invention of the Ondes Martenot around 1930, the renewal of the rock thanks to the synthesizer, the home studio revolution with the personal computer, democratization of composition software or diversity and the current creativity of the new instruments. Music was the first art form to exploit the potential of the PC, a universal machine that, by giving freedom to artists from a creative, technical and economic point of view, has powered and fostered this specific culture. Beyond instruments and technologies, this culture is also revealed through the objects by which we listen to music, iconic objects, loaded with memories, which speak of our use habits, such as the Teppaz, the boombox, the walkman, or eternal platinum vinyl. From art-music to dance music, from post-war research labs to the nowadays triumph of electrified festivals, to the space music of the 1970s and synthetic pop of the 1980s, this exhibition explores how electronic instruments, technologies, engineers, and artists have shaped our culture, our imagination, our pleasures, or, perhaps, simply our lives. 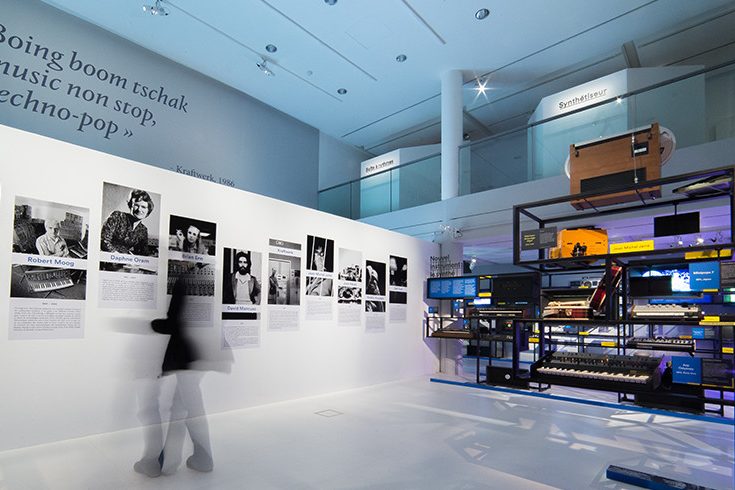 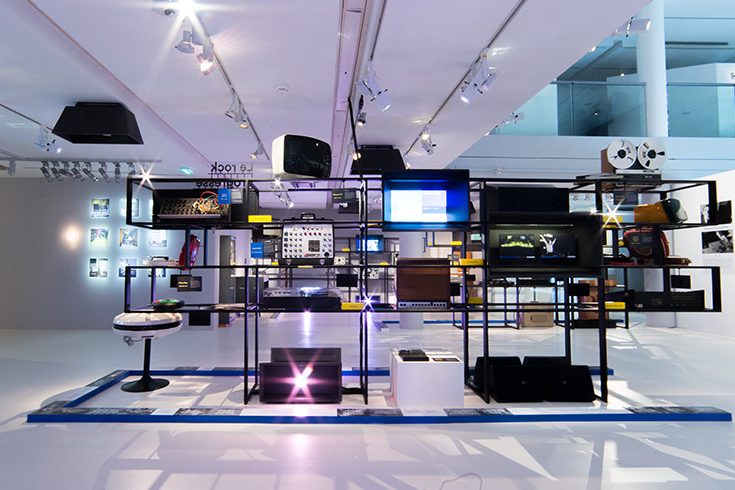 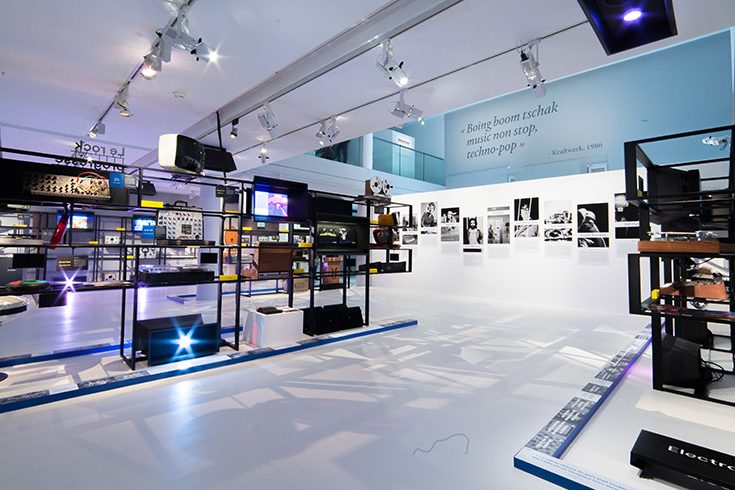 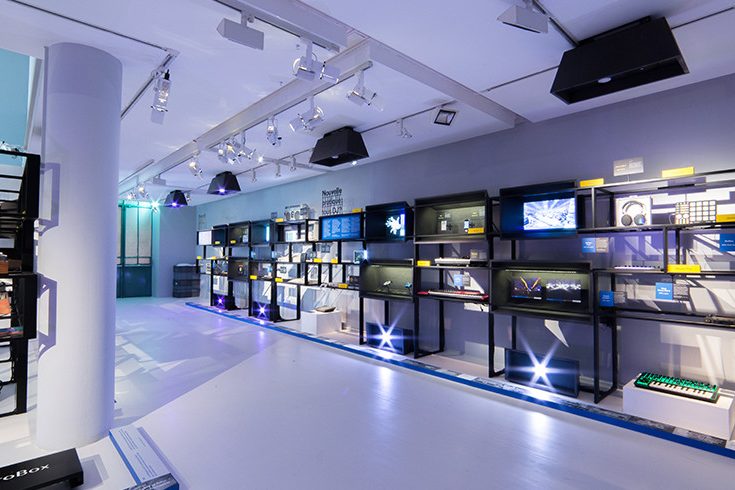 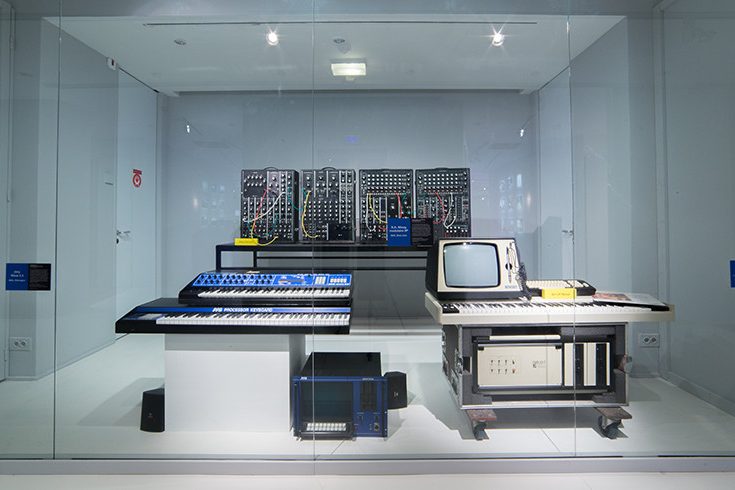 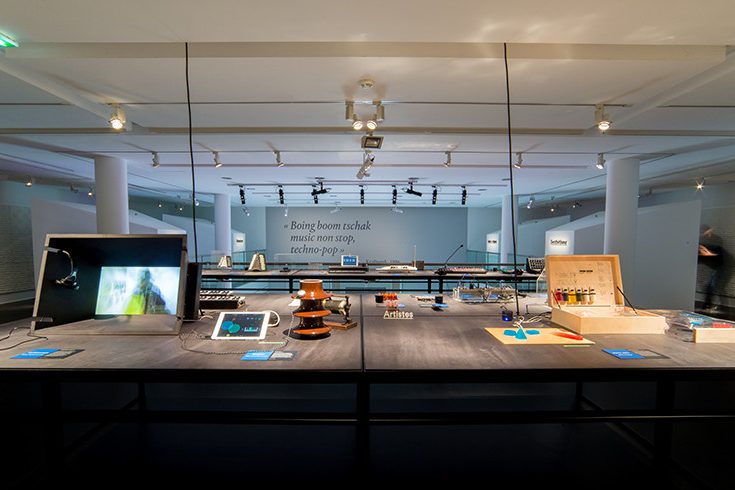 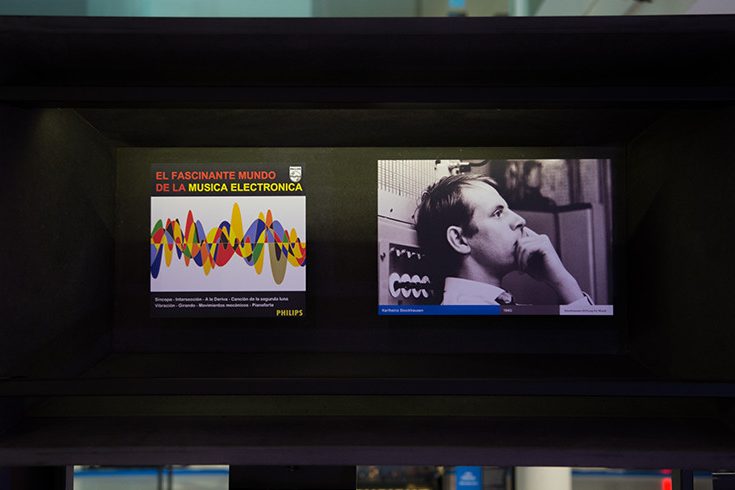 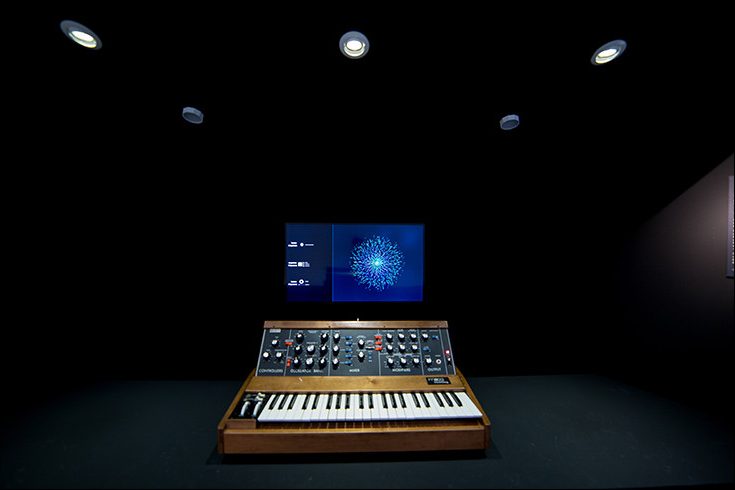 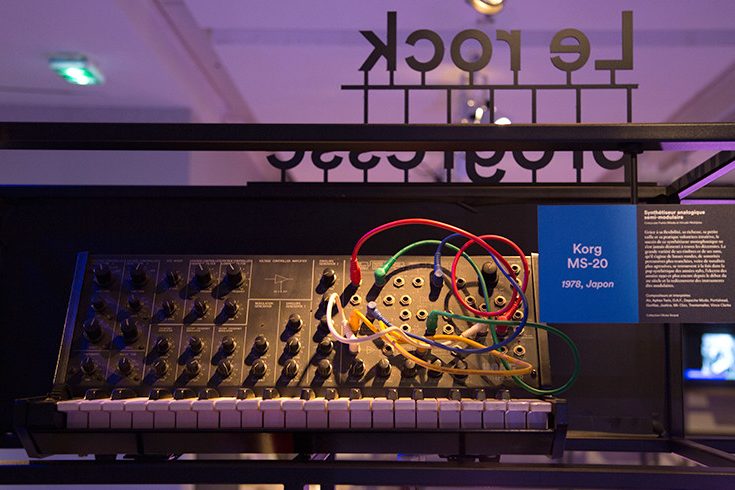