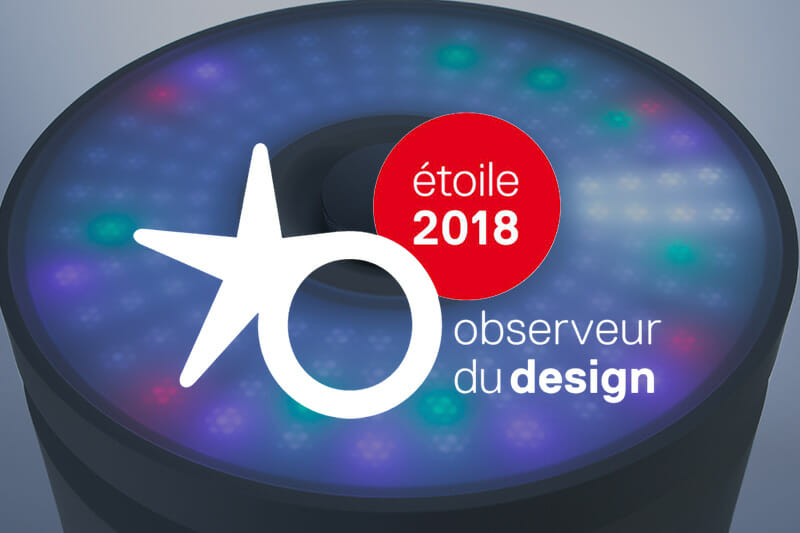 During the 19th Observeur du Design ceremony, NoDesign, received the Etoile de l’Observeur du Design 2018 Award for the project Coloop, collective sequencer created in partnership with IRCAM. This year, the event was held at the prestigious Centre Pompidou on Tuesday 5 December in Paris, in presence of leading figures of French Institutions, design representatives and more than 1300 guests.

This is the fourth time NoDesign is awarded with the Etoile, once in 2016 and twice in 2012.

Labels and Etoiles are presented in a book published by Editions Dunod and are expected to be shown in France (December 6 and 7 at the Centre Pompidou then at the Manufacture des Gobelins in Paris and at the Shadok in Strasbourg untill January 21) and on an international front.
See project.